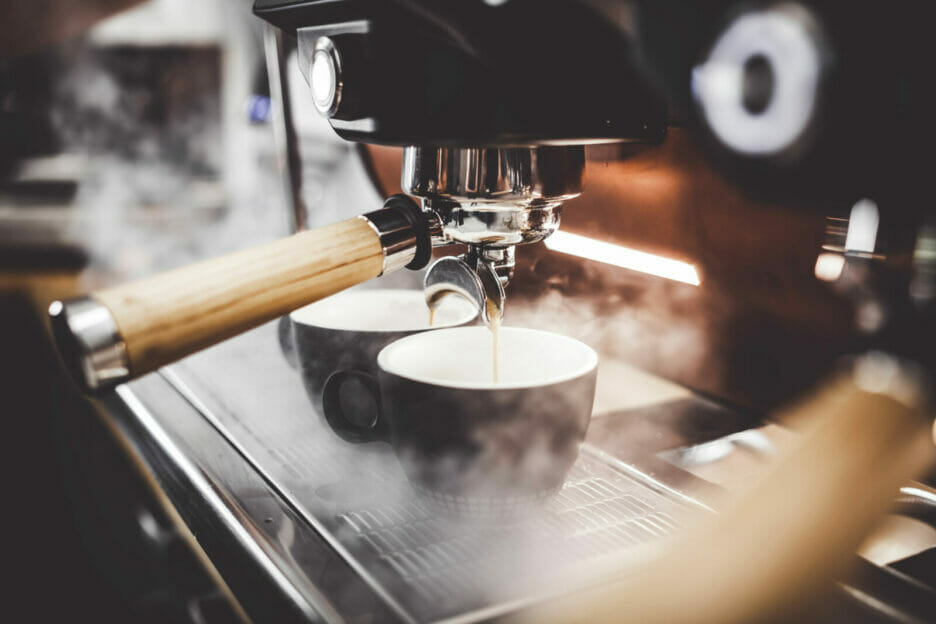 For many people around the world, starting off the day with a cup of coffee is part of their breakfast routine. Having a cup of coffee first thing in the morning is comforting, and energizing, it helps people get motivated to tackle their day. All of us coffee lovers know that caffeine is what gives us the energy we need to get going, but exactly how much caffeine is in your favorite cup? Well, how much caffeine that’s in coffee isn’t a straightforward answer, with many factors influencing the caffeine amount, such as roast, brewing method, and coffee type. To see how much caffeine you’re likely drinking every morning, let’s dig into the different types to get some answers.

How much caffeine is in a cup of coffee?

Let’s start by talking about the type of coffee that you probably make at home. One of the most common cups of coffee is drip brew, also known as regular brew, where the coffee is brewed by pouring hot water over ground beans. On average, this type of coffee has 95 milligrams (mg) of caffeine per fluid-ounce cup. Broken down, that comes to about 11.8 mg of caffeine per ounce. So the answer to how much is in your regular old cup of coffee probably depends on the size of the cup.
What about those who start the morning by popping in a K-cup? How much caffeine is in a Keurig cup? Well, the amount of coffee in K-cups isn’t a straightforward answer, either. As you probably know, many different types of coffee are available in K-cups. However, on average, Keurig coffee contains an average of 75 to 150 mg per 8-ounce cup.

How much caffeine is in a shot of espresso?

So, how much caffeine is in a shot of espresso? After all, espresso is a type of concentrated coffee drink made by forcefully extracting the bean’s essence with pressure and heat. Since the coffee itself is concentrated, is there more caffeine per milligram in espresso?

Though the answer can vary based on the bean, the average amount of caffeine in a single shot of espresso is around 63 mg. Double shots can often contain around 125 mg of caffeine. So, in a single espresso shot, you’ll receive less caffeine than your average cup of coffee.

How much caffeine is in a cold brew?

Does cold brew have more caffeine than other brewing methods? How much caffeine that’s in a cup of cold brew is a tricky answer. Cold brew is typically made by steeping ground coffee in room-temperature water for hours, usually around 12 hours. Because cold brew is often served with ice and is designed to be watered down, it’s generally made with more coffee and less water than regular coffee. Because of this, cold brew has an average of 102 mg per 8-ounce cup.

Like other types of coffee, this is an estimate based on the average amount in a cup. The caffeine amount can vary based on the number of coffee beans used in the brew, the coffee bean type, the serving size, water temperature, grind size, and even brewing time. Who knew cold brew could be so complex?

How much caffeine does instant coffee have?

Did you know that instant coffee is one of the world’s most highly-consumed types of coffee? In fact, The Washington Post says that more than 34 percent of all retail-brewed coffee is instant. Perhaps one of the reasons why it’s so popular is because it’s one of the easiest types of brew to make. To make a cup of instant coffee, granules are stirred into a cup of hot water and promptly enjoyed. There’s no waiting around to brew a pot or taking the time to grind the beans.

What type of coffee has the most caffeine?

When determining what type of coffee has the most caffeine, we need to start by taking a look at the coffee beans. Most coffee around the world is made from two different types of beans: Arabica and Robusta. Both types of beans have different flavor profiles, but one type is a clear leader in caffeine: Robusta beans. Any coffee made from Robusta beans will have a higher caffeine count than the alternative Arabica beans.

What roast of coffee has the most caffeine?

One of the most common questions among coffee lovers is, what roast of coffee has the most caffeine? Does the roast affect the caffeine content of the bean? The search for the strongest roast of coffee starts with picking the bean with the highest amount of caffeine, which would be Robusta beans.

Next is the roasting process, which does affect the caffeine content of the cup of coffee. While dark roasted beans have a more robust flavor, they have less caffeine than a light roast. The more the beans are roasted, the more caffeine is burned off. Did you know that light roasts can have up to 60% more caffeine than dark roasts? Crazy, right? In short, Robusta beans that have been lightly roasted would have the most caffeine.

How much caffeine should you have in a day?

While we all love coffee for the boost of energy, we know that we probably shouldn’t be drinking it all day long. In large amounts, caffeine can have a negative effect on the body. Because of this, the FDA suggests staying under 400 mg per day. If you break it down per cup, that’s about four to five cups per day. The FDA also mentions that some people are more sensitive to caffeine than others, so if you notice that you have some negative side effects, you could consider cutting back on the amount of caffeine you consume.

How is decaf coffee made?

Is there caffeine in decaf coffee?

While many people love the energy that comes from a cup of coffee, others may not love it or even have a medical reason to stay away from the stimulant. In that case, decaffeinated coffee is a great answer for those who don’t want to drink caffeine but still want to enjoy their morning cup of joe. But is decaf coffee really caffeine-free?

As it turns out, decaf coffee is not entirely caffeine-free. Because of the nature of the coffee bean, it’s almost impossible to remove all the caffeine. But on average, decaf still has a significantly lower amount of caffeine, coming in at around 2 mg per cup. To put that in perspective, the caffeine content is less than 1 ounce of Hershey’s milk chocolate. So while decaf coffee is not completely caffeine-free, it’s small enough that it will not pose any health-related risks.

What are the benefits of drinking coffee?

We all love coffee and its caffeine for its ability to help us focus and give us more energy, but are there other benefits to drinking our favorite beverage? Over the years, there have been quite a few studies that have shown the correlation between coffee and health benefits.

The antioxidants in coffee have been shown to help with short-term brain function and reaction time. Coffee can also help promote weight management, protect against certain diseases, and support heart health. Coffee can even increase exercise performance. Aren’t all these benefits amazing?

If all this talk about caffeine and coffee got you jonesing for your favorite cup, stop into Cupla Coffee. You’ll find all of your favorite coffee drinks on our menu, from espressos, americanos, lattes, and cappuccinos. Want to get your caffeine fix from something other than coffee? Try our teas and matcha. We’ve got three locations to serve you, from Downtown Salt Lake City to Cottonwood Heights and Park City – we’re here to make your favorite cup of joe with a tasty treat and give you an excellent start to the day. Stop in and see us today!